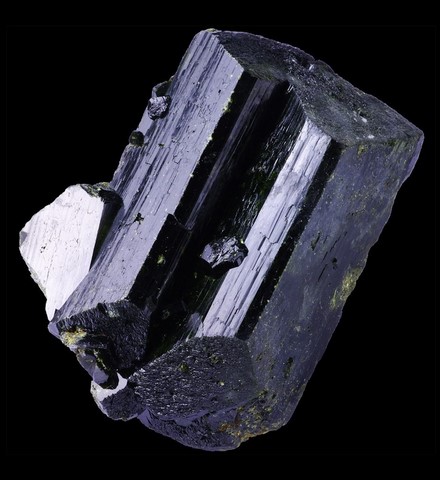 The epidote is a silicate characteristic of regional metamorphism of low pressures and low temperatures (greenschist facies) and contact metamorphism. Associated with chlorites, it is frequently a product of alteration of gneisses and amphibolites formed at the expense of hornblende and feldspars. The epidote also appears as hydrothermal alteration mineral around the metal deposits. Very resistant to atmospheric agents, it concentrates well in alluvium. The epidote is the main representative of a group of complex sorosilicates to which it gave its name. By replacing iron with aluminum, a continuous epidote-clinozoisite series is obtained, while the replacement of iron by manganese leads to piemontite. It is a mineral that takes its name from the Greek epidosis (increase, increase) because the base of the prism has one side larger than the other. It has long been confused with tourmaline. The epidote crystals are elongated prismatic, sometimes acicular and can form fans, with deeply grooved sides longitudinally. More rarely the epidote forms thick tabular crystals, compact, fibrous, granular masses, or crystallinity invisible to the naked eye (the pistachite). It can also be found in pseudo-octahedral crystals. The classic epidote has a green color with various hues : yellowish green to pistachio green and green-black, but may also be greenish-brown in color ; it is exceptionally colorless. Pleochroism is visible on gemmy crystals passing from green to brown. The epidote is sometimes used as a gemstone, the gemstones can be faceted although it is found more abundantly in the form of cabochons. Indeed, some epidotized granitoids of a beautiful green and orange hue are worked as ornamental stone and sold under the trade name of unakite. Gem quality crystals are sought after by mineral collectors. 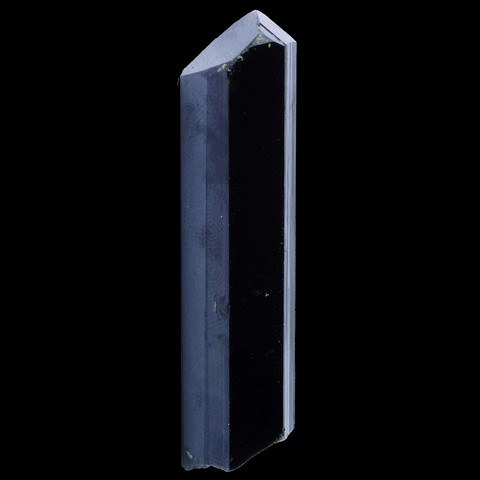 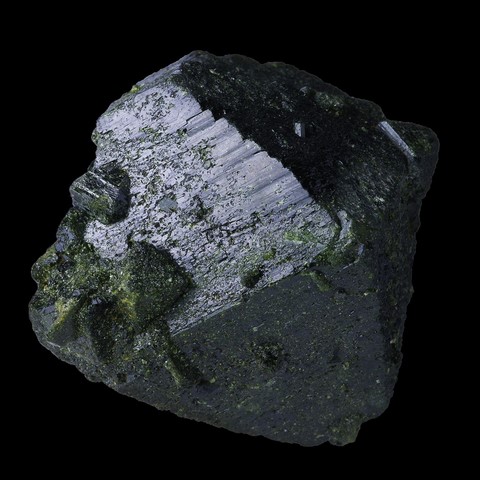 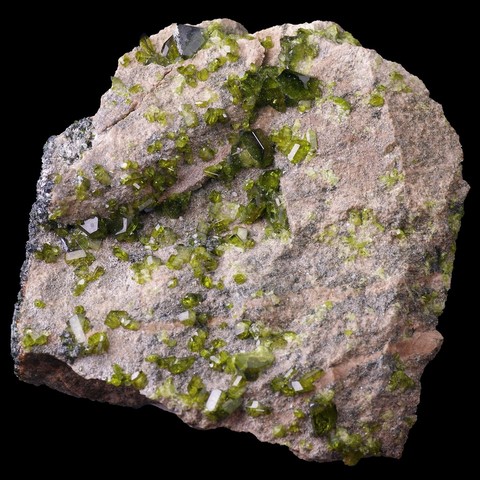 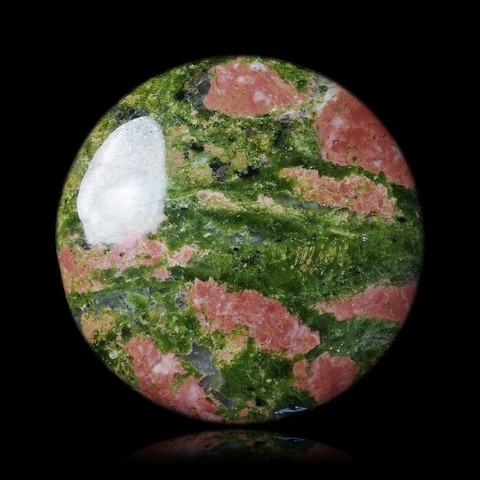 Epidote in the World

Among the many localities to have produced epidote crystals, we can mention the alpine fissures that contain the most beautiful crystals in the world. The most famous site (today protected by a nature reserve) is the Knappenwand (Austria), which has provided extraordinary elongated prismatic crystals, dark green commonly reaching 10 cm and exceptionally 50 cm by 8 cm section, often gemmy forming parallel groups ; the epidote is associated with titanite, quartz, byssolite, and hematite. Outstanding quality gemmy crystals come from the Skardu district in the mountains of northern Pakistan. Also in Pakistan, the Raskoh Mountains produced crystals of several decimeters with elongated, tabular and pseudo-octahedral prismatic facies sometimes associated with each other. In the United States, the Prince of Wales deposit (Alaska) yielded 10 cm pseudo-octahedral tabular crystals, and Haddam (Connecticut) large decimetric crystals. 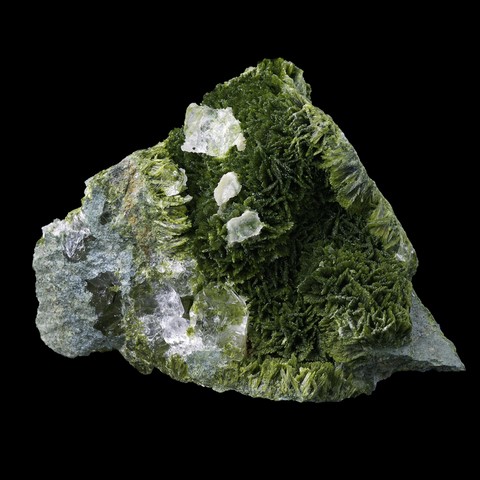 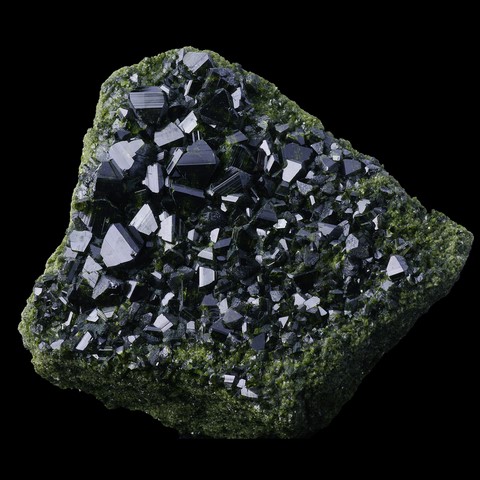 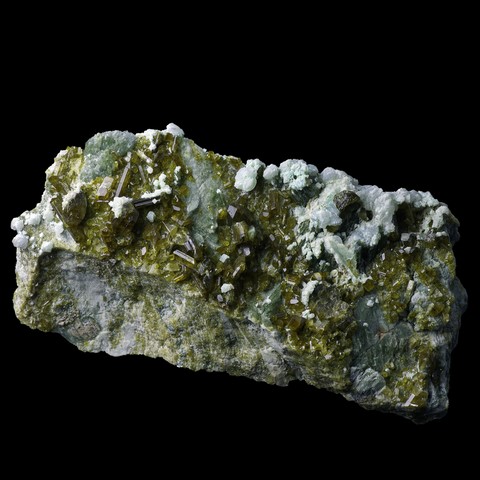 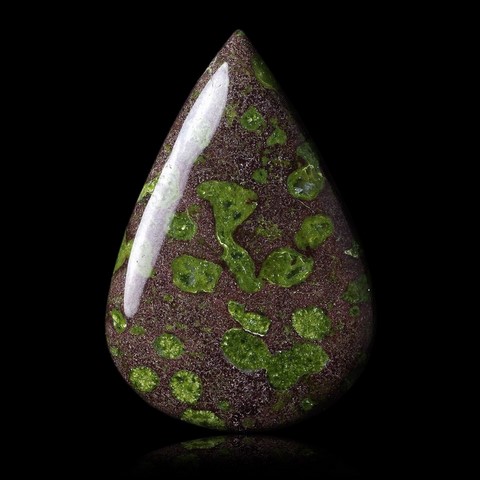 In France, the classic localities are the alpine fissures of Isère and Haute-Savoie, especially those around Bourg d'Oisans (Le Cornillon, Le Combe de la Selle, etc...). The microcrystalline epidote (pistachite) is abundant in the micashists of the island of Groix (Morbihan), associated with glaucophane and almandine.

There is a twin for the epidote on {100} however it is hardly observable, except on the crystals of Green Monster Mountain (Alaska, USA).

No fake inventories for this mineral species.