Gypsum is the most common sulphate. It is mainly a mineral of evaporite origin where it crystallizes by direct precipitation or by hydration of the anhydrite, it thus forms thick layers, frequently alternating with levels of marl or clays, corresponding to muddy inputs between the evaporation phases. In current evaporitic basins, the capillary rise of sulphated water in the sands allows the crystallization of large entangled lenticular crystals including grains of sand more commonly known as "desert roses". Gypsum is also common in hydrothermal sulphide deposits. It is then a secondary mineral formed by the action of sulfuric acid solutions due to the oxidation of sulphides on the host rocks ; in calcareous environment this phenomenon can take a considerable extent. Gypsum owes its name to the Latin gypsum (plaster) of which it is the main use. Gypsum crystals are common and often large, the simple form shows more or less rhombic crystals and flattened, often with a moderate elongation which can however lead to acicular crystals, with generally rounded faces, composing fibrous aggregates with live silky shine. The large evaporitic masses, however, consist largely of very fine grains with coarser brownish horizons. Alabaster is a translucent white variety of gypsum. Colorless when pure, the gypsum is mostly white, honey yellow to brownish, yellowish-gray, sometimes slightly bluish, greenish or red (inclusions of hematite). It has a low hardness (2 on the scale of Mohs and therefore scratchable to the nail) and a perfect lamellar cleavage. Its former name of "selenite" comes from the fact that the Ancients considered that its interior whiteness varied with the Moon. Gypsum is a vital mineral in the building industry. It is indeed the raw material for the manufacture of plaster where the gypsum is heated to 75°C which partially dehydrates it and turns it into a white powder. The "hardening" of the plaster is the recrystallization caused by the hydration of a multitude of gypsum crystals. Also in the construction industry, gypsum is also a set retarder that enters 5% in the composition of cements. Plaster is also used in agriculture for the amendment of soils while alabaster is used in sculpture and stone ornamentation. The Great Pyramid of Egypt was formerly covered with alabaster plates, "recycled" in the Middle Ages in other constructions. In addition, gypsum has very occasionally been used as sulfur ore or gemstone (selenite). 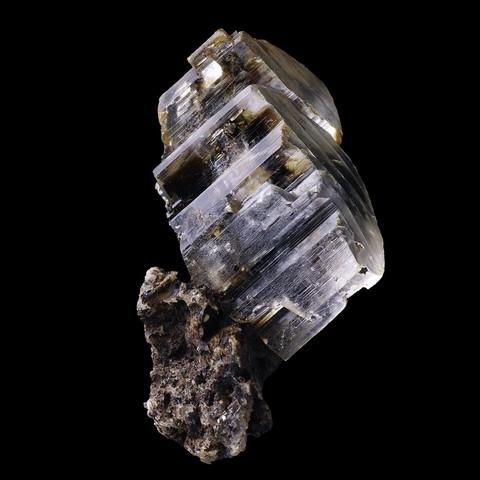 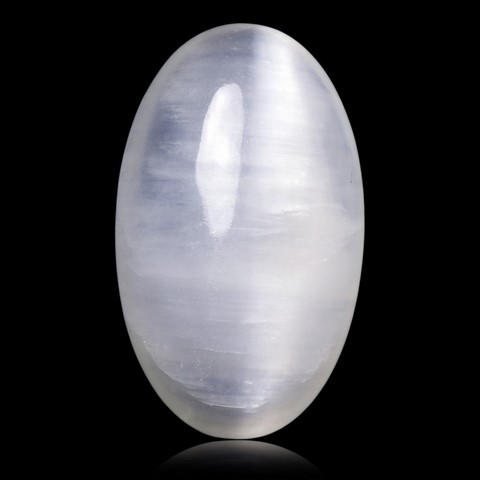 Gypsum in the World

Metric crystals of gypsum are not uncommon. Generally, they come from geodes within hydrothermal deposits. In Naica (Chihuahua, Mexico) exceptional transparent geodic crystals reach 2 meters, associated with clear decimetric crystals in a geode nicknamed "The Cave of Swords" (main photo). At Aquiles Serdan in Mexico we find gypsum always in translucent metric crystals. In Pilar de Jaravia (Andalusia, Spain), an exceptional geode of 9 meters by 3 with 50 cm transparent crystals was discovered in 2000. The copper mine of El Teniente (Chile) provided crystals of nearly 4 meters, they were discovered in 1974 in a 300 m3 geode. At Mount Elliott (Queensland, Australia) limpid crystals with copper inclusions have also been discovered.

In the evaporitic context, the Sicilian deposits of Catania, Perticara and Agrigento are particularly known for their magnificent combinations of sulfur, gypsum and bitumen and Hankville (Utah) for its crystals exceeding one meter. The quarries of alabaster also provide beautiful transparent crystals, frequently decimetric : Fuente de Ebro (Saragoza, Spain) for its exceptional brilliant crystals of 10 cm. Beautiful specimens are also known in Lockport (New York) and Ellsworth (Ohio) in groups of clear crystal of more than 7 cm in Eisleben and Förste (Harz, Germany), etc...

The desert roses are the prerogative of the desert countries. The most aesthetic of orange-yellow color and reaching a yard of one meter come from the salted lagoons of the Sahara (Morocco, Tunisia, Algeria), but also from Mexico (white) and Peru (gray). 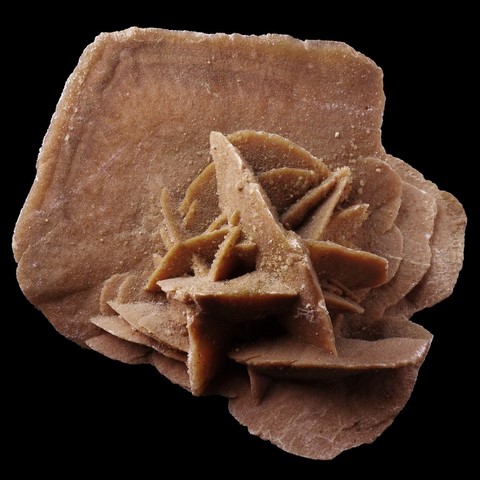 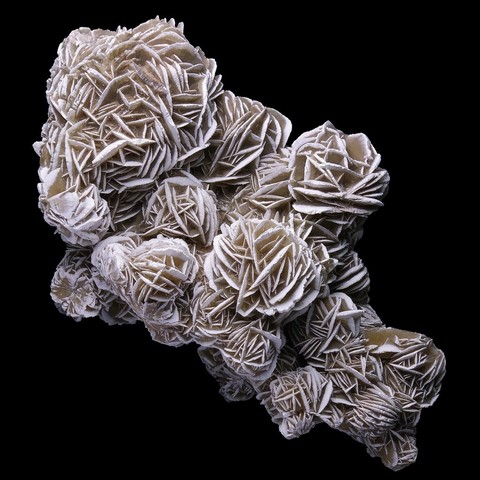 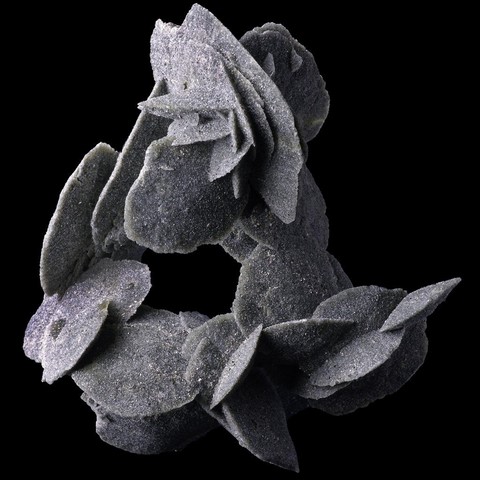 France is well supplied with quality specimens. The gypsum mines of Vaucluse (Mazan especially) provide very large crystals and large transparent metric blades, slightly amber in color. But the reputation of French gypsum is mainly due to the decimetric "arrowhead" or "swallowtail" twinned crystals from Ludien of Paris Basin (gypsum quarries of Cormeilles-en-Parisis, Montmartre, Villemomble, etc...). The work of the motorway exit of the A71 at Combronde (Puy-de-Dôme), supplied in quantity of beautiful pale yellow crystals in the 2000's. The quarries of gypsum of Arignac in Ariège also produced exceptionally clear crystals as well as Carresse gypsum quarries (Pyrénées-Atlantiques), once exploited by Lafarge cement plants, which provided perfectly transparent metric blades. 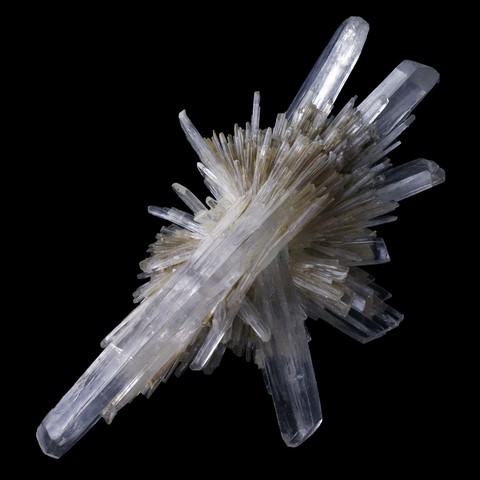 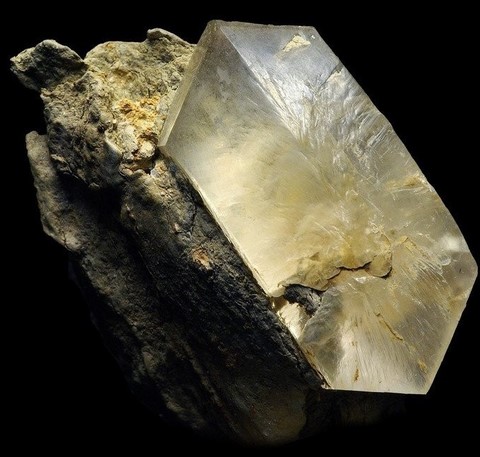 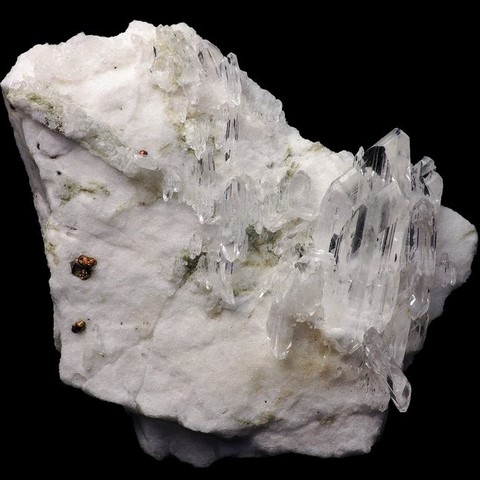 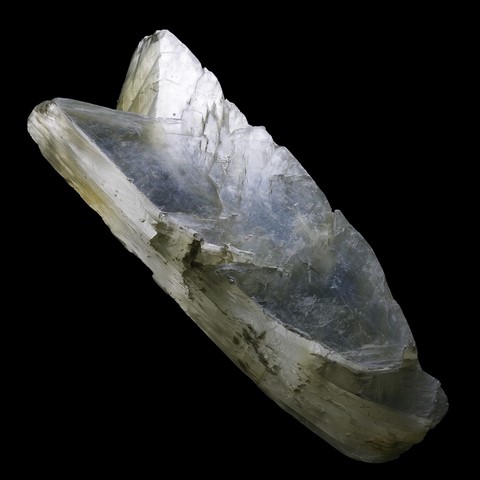 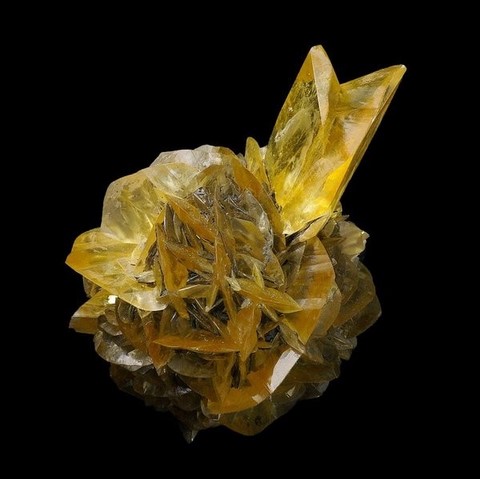 The gypsum twins are common on {100} and called "swallow-tail". Gypsum also twinned on 110 or {101}, called as "arrowhead" twin (pictured right with gypsum from Winnipeg, Canada). Twinned crystals on {209} (cruciform twins) are rare.

What is commonly called a "arrowhead" is not a gypsum crystal  It is only a cleavage of twinned gypsum crystals, that is to say a cut, a break, a cleaved part of the association of two complete lenticular crystals here on the picture of the crystal on right. 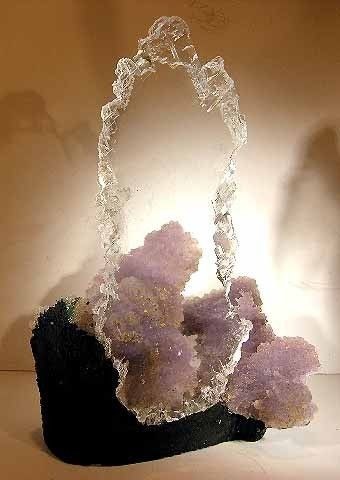 Perfectly transparent gypsum blades from Brazil are commonly assembled. The matrix is reconstituted and can sometimes incorporate amethyst. We can easily identify the assembly by looking at the matrix, the reconstituted matrix is always very dark, almost black. A cleaved gypsum crystal (a blade therefore) can not be found naturally associated with other mineralization. However, it must be known that the association exists in nature, it is not very common.

Groups of gypsum crystals with exotic colors (pink, green, blue, etc ...) form naturally in brine at the exit of industrial zones. These brines are "polluted" by the industrial discharges and at the origin of these exotic colors.