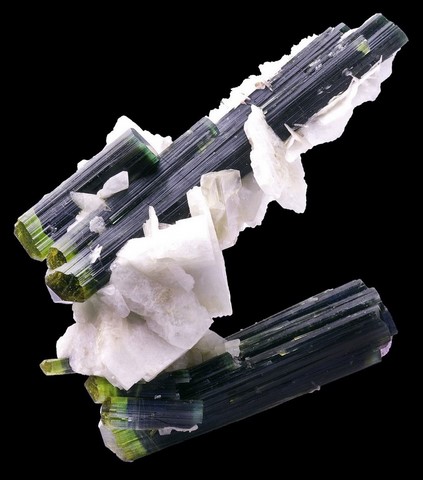 The tourmaline group is the most important of the cyclosilicates subclass with about fifteen known species of which the most common are the schorl, the dravite, the elbaite but also the liddicoatite, the uvite, etc... Its name comes from the Sinhalese turamali which literally means "stone which attracts ashes" because its crystals provoked a phenomenon formerly incomprehensible, heated above a fireplace, they attracted the ashes. Under the effect of heat the crystals are charged electrically : it is the pyroelectricity feature that is responsible for this phenomenon known since Antiquity. The chemistry of the group is very complex because of a large number of possible substitutes ; W, X, Y in its chemical formula designating different cations (Ca, Na, Mg2+, Li, Al, Fe2+, Mn2+, Fe3+, Ti3+, Cr3+, etc.). Tourmalines are found in granitic pegmatites, in pneumatolytic veins, and also in some granites. It may also occur in metamorphic rocks that have undergone metasomatism. It generally crystallizes in elongated and striated prisms with trigonal sections. The crystals can be very colorful : colorless and transparent, brown to black (ferromagnesian tourmalines : schorl and dravite), pink, red, blue or green (lithic tourmalines : elbaite or liddicoatite), multicolored crystals that can be frequent on some deposits. It is a mineral that alters in phyllosilicates (micas and chlorites) which can partially pseudomorph. It is used only as gemstones, it does not constitute a boron ore despite its high content of this element because too difficult to treat. 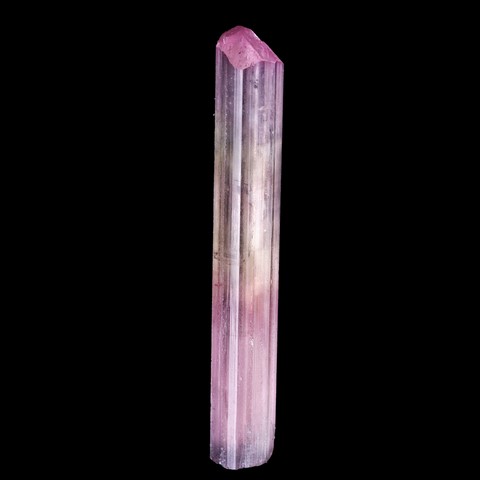 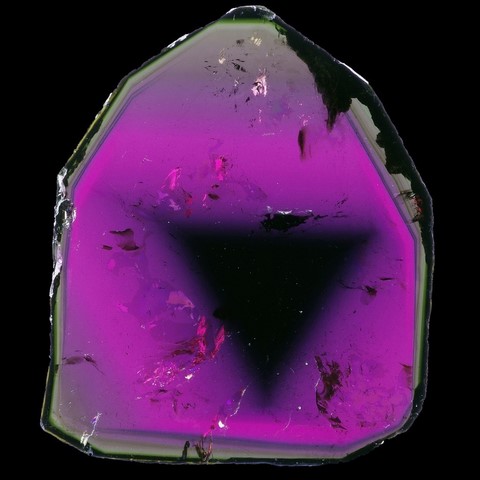 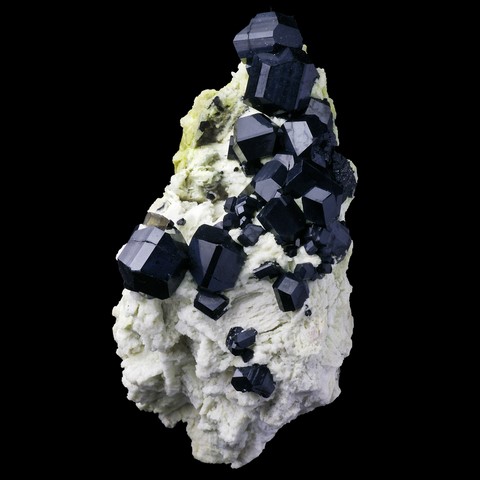 Tourmaline in the World

Tourmaline is very abundant on the surface of the planet, large schorl crystals (more than 25 cm) come from Malagasy and American pegmatites. Elbaites of various spectacular colors have been extracted from the Pakistan pegmatites and Minas Gerais (Brazil), the record is probably a rubellite crystal of more than 1 m discovered in 1978 in the Jona mine (Brazil), the specimen is known under the name of "the rocket". In California the pegmatites of the Pala area have provided magnificent decimetric crystals. Finally, crystals of liddicoatites more than 25 cm in diameter with their splendid colored zonations come from Mount Bity (Madagascar). 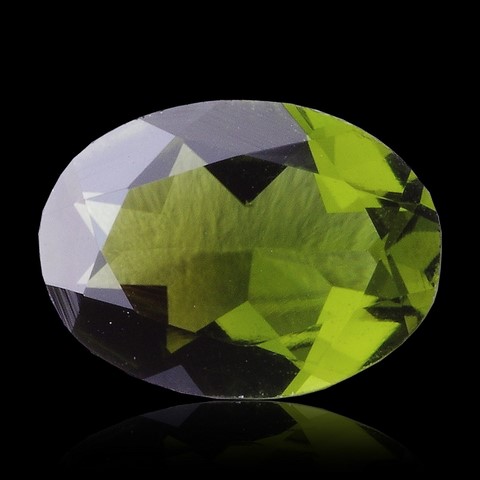 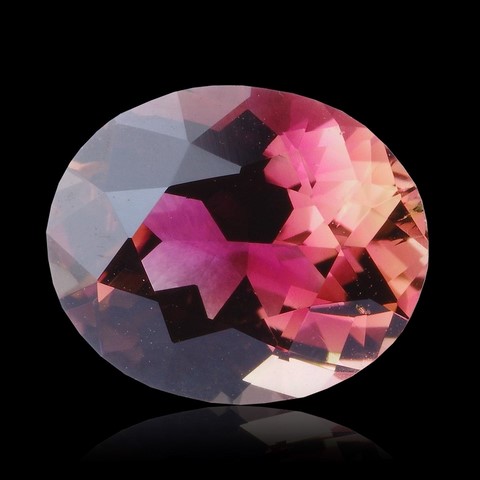 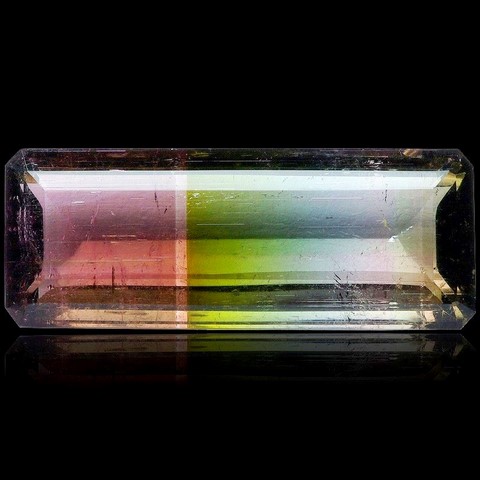 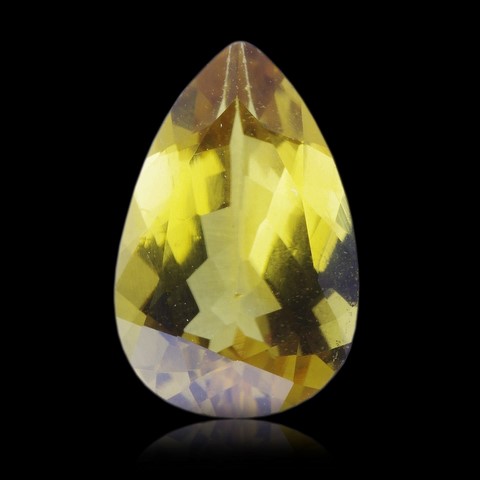 France has produced some very beautiful specimens of schorl especially with its crystals of more than 10 cm from the Armorican Massif (St-Pol-de-Leon, St-Jacut-de-la-Mer), Lozère (La Chomette), or the Massif Central (pegmatites of Biauchaud). Some centimetric crystals of dravite have been reported in the Pyrenees at Arignac (photo on the right) and the Alps (Argentière Glacier).

Rare and no observable.

Some Pakistani rubellites with a beautiful pink color are actually irradiated. This treatment is very difficult to detect unless the specimens present matrix with quartz which is then smoked in color. Many assemblages also exist for this same source. Some single crystals of tourmaline may also have been heated, the inclusions like tension disks can make it possible to demonstrate this treatment under magnification. The tourmaline has not been able to be synthesized for the moment because of its complex chemistry, but some gemstones are lattice diffused with copper to give them the beautiful blue-green color of Paraiba tourmalines (hard to detect without laboratory equipment).