What is clay in geology and mineralogy ? 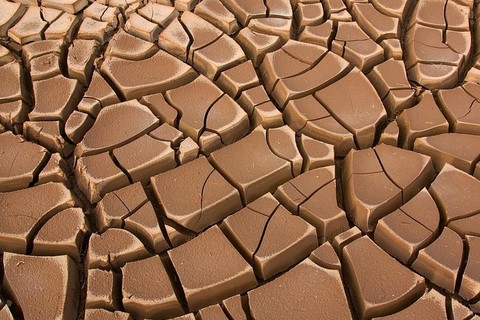 Clay is a general term designating a loose detrital sedimentary rock, mainly made up of clay minerals. These loose rocks participate in all the phenomena of the surface and play in particular an important role in the circulation or the retention of water, hydrocarbons and dissolved substances. The term of "shale" usually refers to finely-lined, varvated and compacted clays. 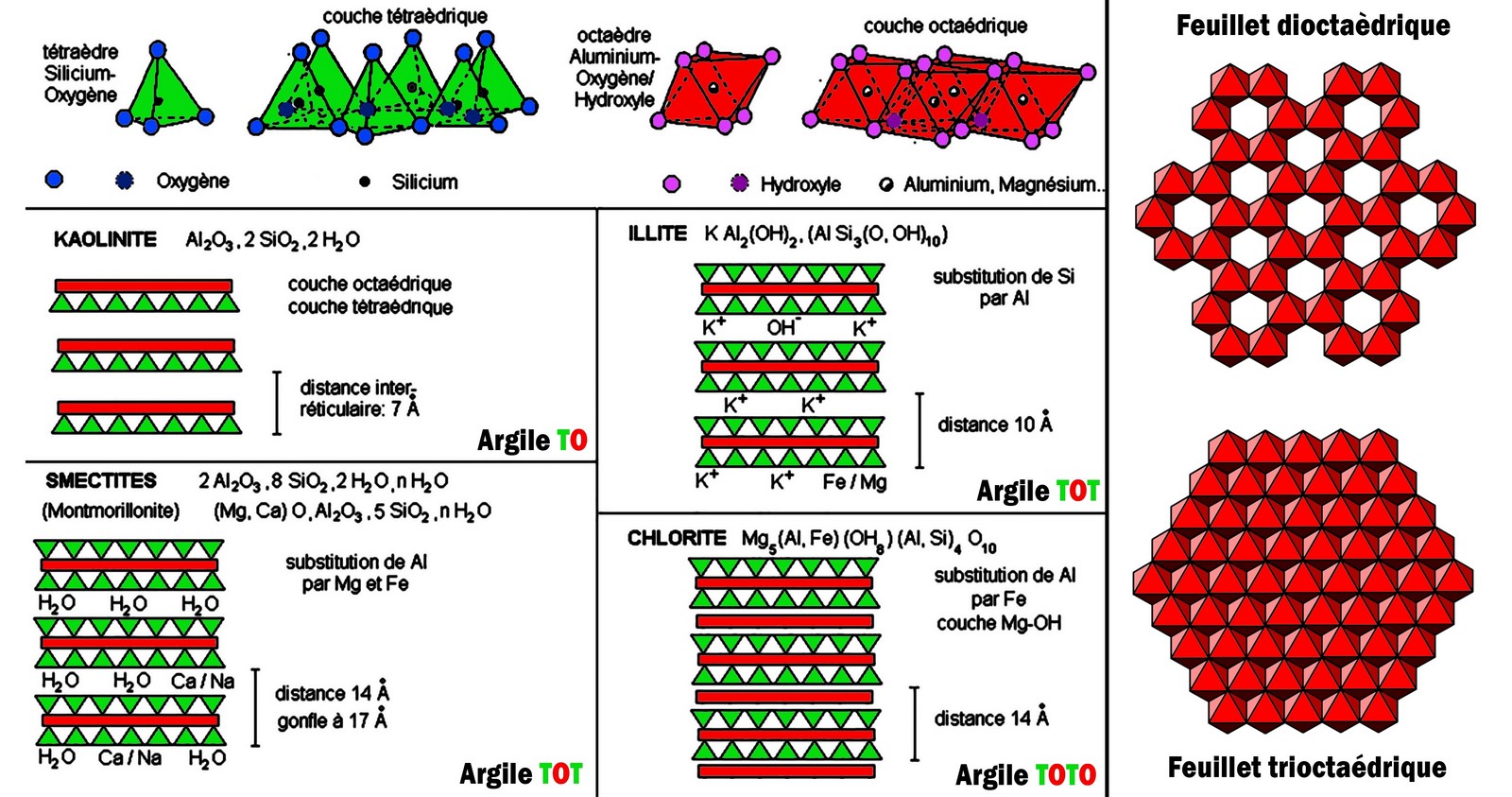 The clay minerals are hydrated phyllosilicates, very frequently occurring in platelets or ultra-microscopic cryptocrystalline fibers of a few micrometers. They are very numerous and differ mainly by their crystal structures : kaolinite, illite, smectites (montmorillonite, nontronite, beidellite...), inter-layered, vermiculite, attapulgite... We sometimes include microcrystalline varieties of certain chlorites and some micas. They are classified into 3 families according to their structures :

Many of the clay minerals are formed by alteration of other silicates, such as feldspars, amphiboles or pyroxenes.