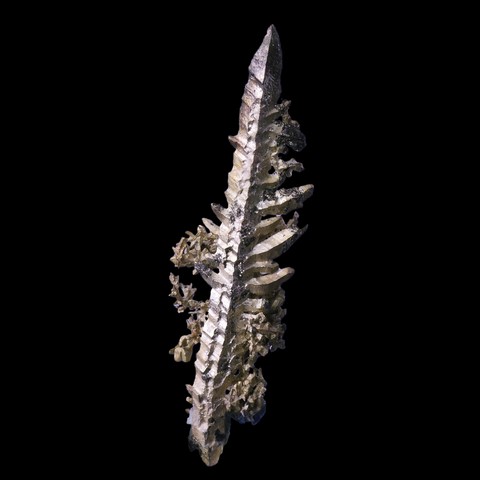 Native silver is found as the primary mineral in many hydrothermal veins, and as the secondary mineral in the oxidation zones of most silver-bearing polymetallic deposits. Its name comes from the Latin argentum, it has been known since Antiquity. It rarely forms cubic or octahedral crystals, often poorly formed, and is more readily presented in spectacular parallel groupings, in circumvented and tangled trees, in lamellae, in angular shapeless grains, in strands, in branched and dendritic aggregates or in masses spongy. The freshly extracted silver shows a strong metallic luster (it has the strongest reflecting power of all the minerals) and a silvery white color, which quickly tarnishes by forming a surface thin layer of acanthite. It allies in all proportions with gold, thus constituting the electrum. With some exceptions (Imiter in Morocco), native silver is too scarce to constitute an important ore of this metal, and most of the world production of silver comes from sulphides and silver sulfosalts (tetrahedrite, polybasite, pyrargyrite, etc...). The crystals are sought after by mineral collectors. 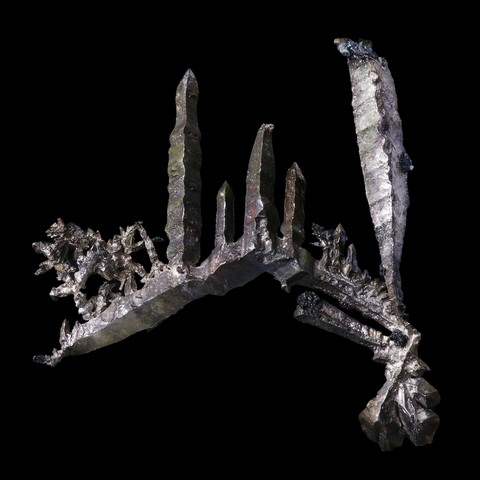 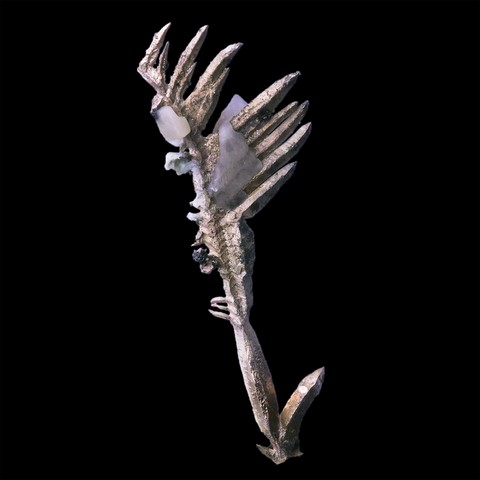 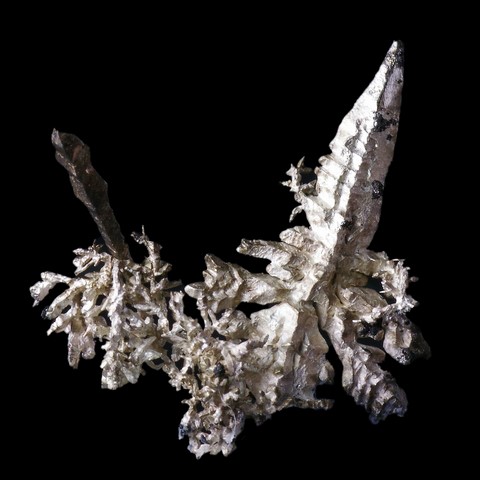 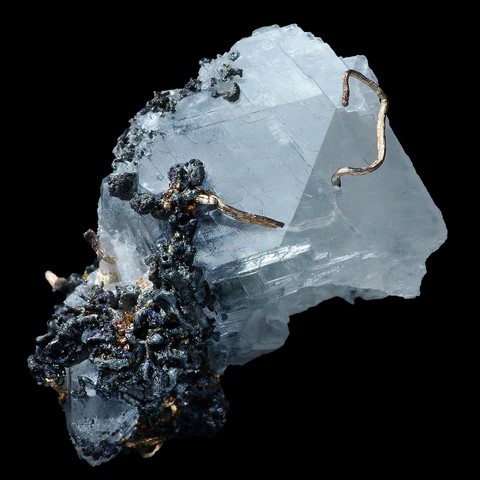 Native silver in the World

The Norwegian deposit of Kongsberg produced fabulous silver wires exceeding 20 cm, as well as perfect cubes exceeding 35 mm, but it is far from the only one. The Freiberg deposit (Saxony, Germany) also produced remarkable samples as well as masses of several tonnes, as did the Czech, Mexican and Chilean deposits. The exploitation of the Moroccan mine of Imiter commonly offers spectacular discoveries of this type.

Twins on (111) are common on Kongsberg cubes and on Michigan tetrahexahedrons. The tree growths show twins on (100) and on (111).

There are quite a few fakes for this mineral species, not necessarily always easy to identify. The most common fake that is found in particular on eBay, are the synthetic magnesium crystals which resemble natural native silver in their shapes and colors. On the other hand, these formations have absolutely no significant density of silver and the magnesium crystals are really large. 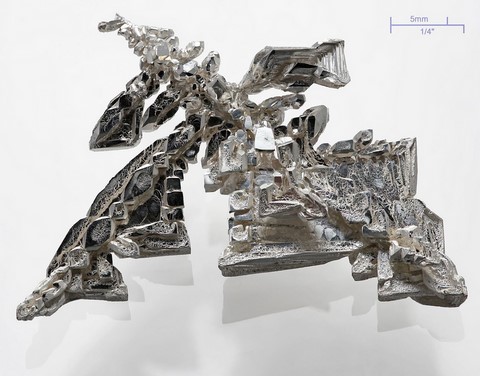 Pure silver crystals can be produced by electrolysis, they then have a natural shape, but the luster is really very clean and the color very white, there is no or almost no surface oxidation (photo by right). The equivalent natural formations are oxidized due to the fact that they often pass to acid for cleaning or clearing the calcite which contains them, it is moreover not uncommon to have other residual minerals or more calcite in the interstices of the crystals.

The electrolysis of silver from silver nitrate on copper wires also makes it possible to produce silver wires which can then be bonded to calcite to imitate natural coins. These assemblies are generally coarse and rare on the market.