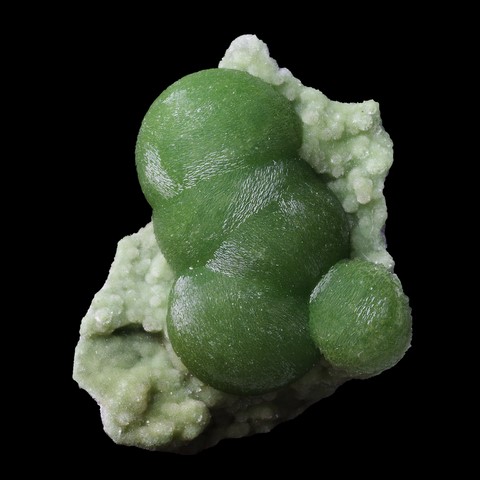 Wavellite is one of the most common phosphates. It is a hydrated aluminum phosphate which is mainly formed in the cracks of hydrothermalized aluminous shales and pegmatites, more rarely in metallic deposits. It is usually associated with other phosphates (turquoise, vauxite, variscite, minyulite, etc...). Its name comes from the English physicist William Wavell who discovered the mineral in England at Barnstaple. Crystals, prismatic, are rare and generally very small. The wavellite presents itself almost exclusively in rosettes and fibroradiated aggregates of needle-like crystals forming, under favorable conditions, spiky balls of crystalline points reaching 5 cm in diameter. More rarely it constitutes masses of chalcedonious or stalactiform aspect. The luster is pearly to silky, the color white to greenish, rarely clear green, exceptionally dark blue. Wavellite is no longer used in industry today, but it was once the source of match phosphor. It is a mineral that remains relatively unknown to collectors.

Crystals of good size (2 cm long by 2 mm in diameter) with eye-visible termination, were discovered in the tin mines of the district of Llallagua in Bolivia. Magnificent bluish gray fibroradiated spheres 5 cm in diameter come from Devon in England (South Molton or Filleigh) : they are probably the best wavellites in the world. Other specimens of world quality come from Arkansas (photo on the right) : Dug Hill, Magnet Cove and especially Pencil Bluff, from which were extracted green spheres of 3 cm in diameter.
Europe is well stocked with in particular, in addition to the specimens from Devon, the superb German samples from Tannenberg (Saxony) and Lichtenberg (Thuringia) where the spherolites fibroradiate white to yellow reach 15 mm. 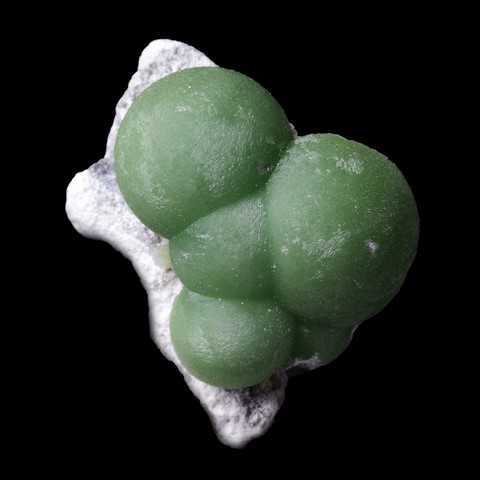 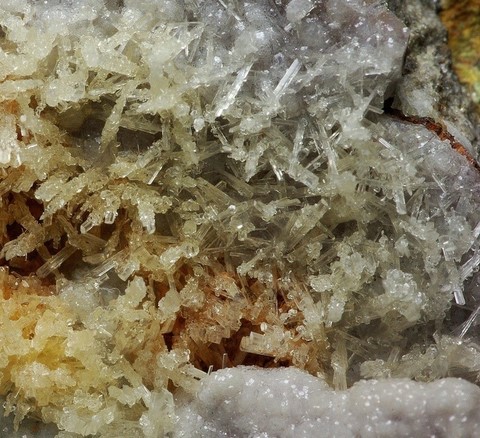 In France, beautiful rosettes and white and colorless spherulites have been discovered in the pegmatites of Montebras (Creuse) : in this deposit the wavellite results from the decomposition of amblygonite with the leaching of lithium. Beautiful centimeter radiated globules associated with variscite were extracted from the Floquerie quarry near Pannecé (Loire-Atlantique). Very pretty white and transparent crystals in rods up to 5 mm associated with variscite have also been discovered in the Beauvoir kaolin quarry (Echassières, Allier), see photo on the left.

Wardite has no twinned crystals known.

No scam known for this mineral.