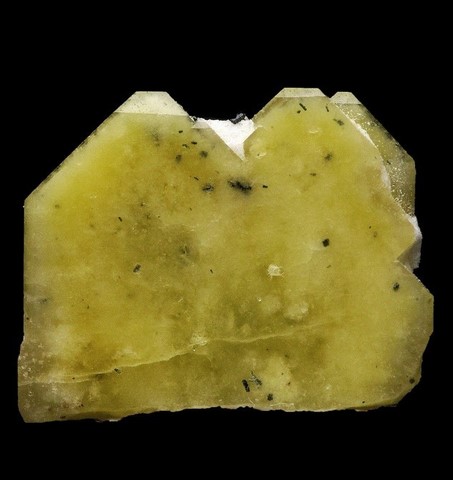 Narsarsukite is a rare silicate of sodium and titanium found only in alkaline rock masses, mainly nepheline syenites and carbonatites, associated with other sodium silicates such as aegyrine, nepheline or sodalite (environments deficient in silica). It owes its name to its locality of discovery, Narssarssuaq near Julianehaab in Greenland. It is a rare mineral, forming tabular to prismatic crystals of varying color, with a predominance of yellow-brown and dark green, although it may appear unusually colorless or white. It is a rare mineral that has no particular use and is little known to mineral collectors.

The most beautiful known crystals have been discovered in several sites of the alkaline syenite massif of Ilimaussaq, near Narssaq (Greenland). The carbonatites of the alkaline massif of Mont St-Hilaire (Quebec, Canada) also yielded beautiful tabular and prismatic crystals (main photo). Narsarsukite is also present in the nepheline syenite of Lovozero (Kola peninsula, Russia).

This mineral is not known in the French underground.

Narsarsukite has no twinned crystals known.

No fake inventories for this mineral species