What does alkaline mean in geology ? 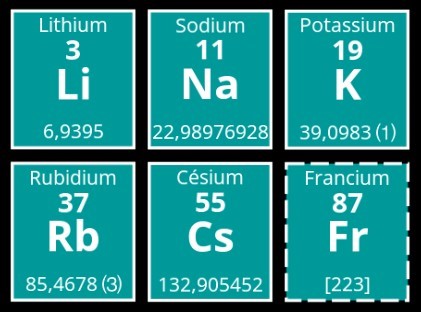 In geology, alkaline is a term describing rocks rich in Na (sodium) and/or K (potassium) ions. This somewhat ambiguous word applies to rocks and minerals of very different natures :
- magmatic rocks saturated in silica (Na2O + K2O> Al2O3), in which Na and K are carried by alkaline feldspars and micas, sometimes by sodium amphiboles (riebeckite) or sodium pyroxene (aegyrine). Some granites that contain between 10 and 15% Na2O + K2O belong to this category.
- magmatic rocks undersaturated with silica in which the alkalis are carried by nepheline or leucite. Examples are the nepheline syenites and the phonolites.
- basic rocks or minerals "abnormally" rich in alkali compared to the average of their type or species (such as alkaline basalts which contain about 5% alkali, or even alkaline beryls which contain cesium or lithium.
Back to summary