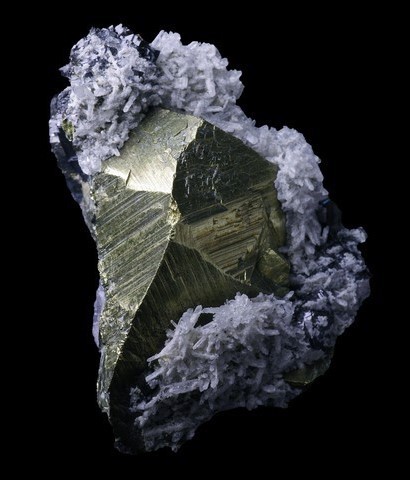 Chalcopyrite is a very common primary sulphide known in all types of copper deposits. It is found in hydrothermal veins of all temperatures and all origins, copper porphyries (associated with bornite and molybdenite), polymetallic sulfidic masses (with pyrite, galena, sphalerite, etc...), magmatic segregation in stratified ultrabasic rocks, etc... It is a mineral that owes its name to the Greek khalkos (copper) and pyrite (because of its resemblance to this mineral). Chalcopyrite is the main copper ore, concentrated in considerable quantities in all the types of deposits mentioned above where it occurs in finely grained compact masses, sometimes nippy, associated with many other minerals. It has a metallic yellow color, its tarnish is iridescent in red copper and purplish blue indicating the formtion of a thin oxidation layer of bornite. Well-formed tetrahedral crystals, however, are rare and mostly complex, with conjugate forms often coexisting on the same crystal. This mineral is exploited for the copper it contains in important quantities, its crystals are also appreciated by mineral collectors.

Chalcopyrite in the World

The world's finest chalcopyrite crystals come from Ani in Japan with 5 cm sharp prismatic crystals, Baia Sprie and Baia Mare (Romania) and Madan in Bulgaria (main photo), Freiberg (Germany) and Cornwall (Great Britain). The Panasqueira mine in Portugal yielded superb 8 cm complex sphenohedra with arsenopyrite and fluorapatite, as well as that of Mazapil (Zacatecas, Mexico) which produced purple centimeter crystals.

Chalcopyrite is very present in many localities on the French territory. The crystals are however small. The most beautiful crystallizations come from the small gold mine of La Gardette (Isère) with large complex crystals of 10 cm, among the best in the world. We can also report beautiful crystals but small sizes in the quarry of Laguépie (Tarn-et-Garonne). 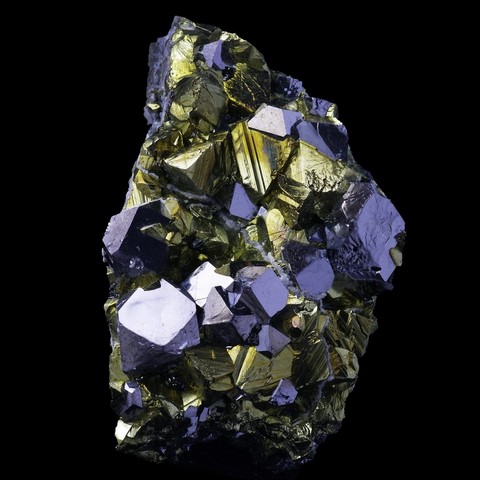 Chalcopyrite and galena from Madan, Bulgaria 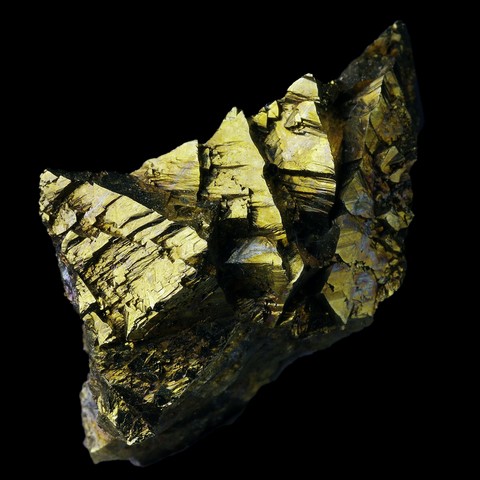 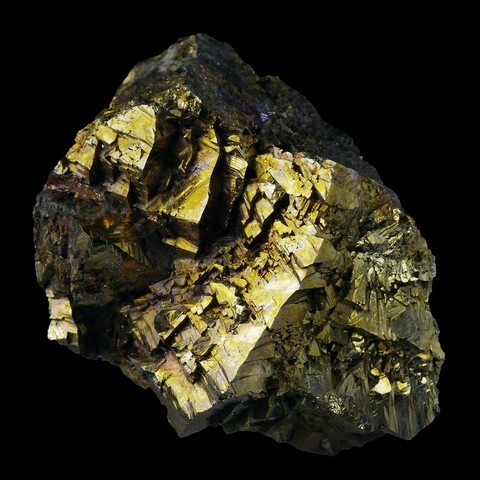 Two twinning planes are known, one on {112} and the other on {012}, but these are not always easy to see because of the complex shape of the chalcopyrite crystals.

No fake for this mineral species.