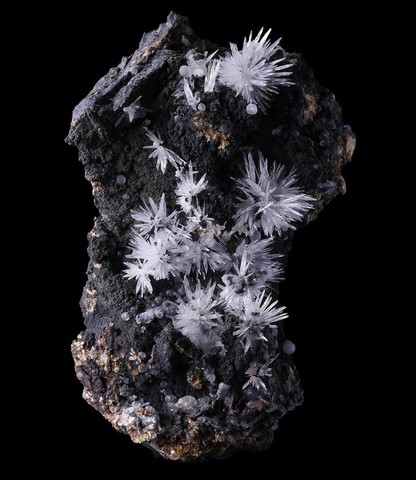 Aragonite is the dimorph of calcite. Stable at high pressure, it is unstable in surface conditions and tends to turn into calcite with all the more ease as the temperature is high. Aragonite is much rarer than calcite. It is also often purer, only strontium can enter in limited quantities within its crystal lattice (less than 4%). Its name comes from Molina de Aragon, Guadalajara, province of Castilla-la-Mancha in Spain where were discovered its pseudohexagonal twinned crystalline forms. Aragonite is a travertine mineral from salt-rich hot springs, where it is formed in preference to calcite, clayey and marly deposits of saline lagoons, associated with gypsum and sulfur. It is also found in beautiful transparent crystals and spherulitic aggregates in cracks and basalt geodes, as well as in siderite deposits (Austria). Finally, pearls and mother-of-pearl are lamellar aggregates of aragonite. The aragonite crystals are prismatic, often acicular, but its most characteristic form remains pseudohexagonal twinned structures, consisting of three crystals (sometimes two), associated by generating re-entrant angles. Aragonite is also often in columnar groups, straight or divergent in bacillary or acicular groups, in coralloid aggregates or encrustations. Transparent to translucent, aragonite is usually white, but pale to brownish, sometimes bluish-green or purple-pink colored varieties are common. Mostly these shades are related to inclusions of other minerals. Aragonite holds a much less important economic place than calcite. The massive aragonite sometimes plays the discreet role of ornamental stone. Travertines thermal springs are often made of aragonite and sometimes used for the making of decorative objects sold under the trade name "onyx". The petrifying fountains deposit aragonite incrustations on the objects which are deposited there at the origin of a well developed craft formerly in Auvergne Region in France (St-Nectaire, Gimeaux, etc...). 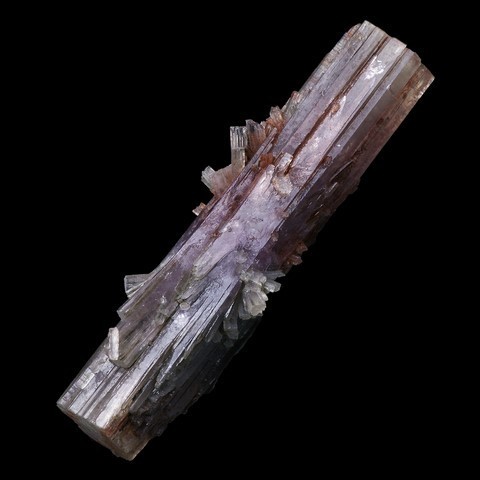 Cabochon in abalon mother of pearl (aragonite) of the Indian Ocean 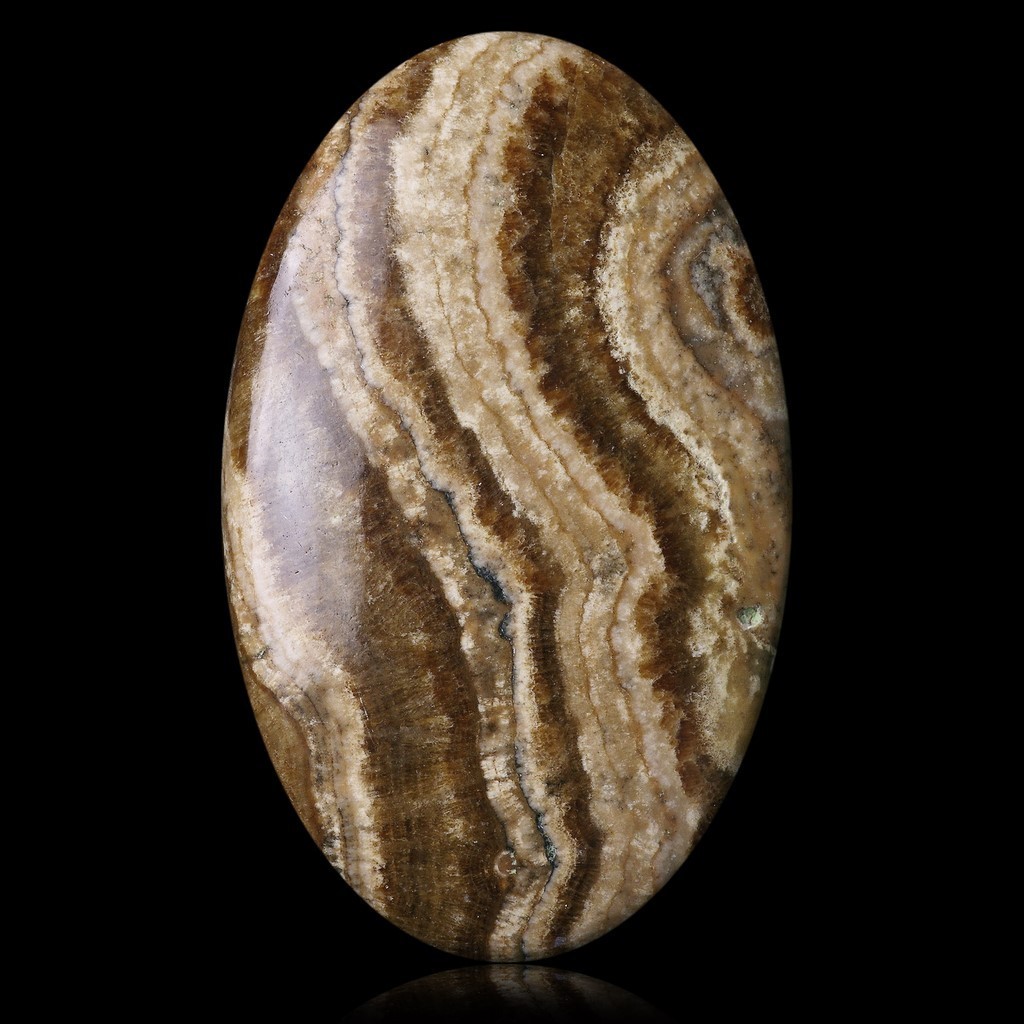 Aragonite in the World

The original locality of Molina de Aragon in Spain is rich in centimetric specimens with characteristic pseudohexagonal twinned facies. The marls with sulfur and celestite of Cianciana (Sicily, Italy) yielded beautiful acicular crystals 15 cm long and 1 cm in diameter. Very good crystals also come from basalt geodes : Horschenz (Bilib, in the Czech Republic with 10 cm yellow crystals), Spitzberg (Norway), Podrecany (Slovakia, prismatic crystals of 30 cm). The most spectacular specimens of coralloid aragonite come from superficial oxidized zones of the mines of Austria (near Eizenerz, Styria) and Spain (Florida mine, at Celis, near San Sebastian).

In France, beautiful transparent acicular crystals more than 10 cm long come from the Chastreix basalt quarry in the Mont-Dore Massif and from the Châteaugay quarry (Puy-de-Dôme), where their colors can be slightly purple. The cavities of the basalts of Gergovie also provided magnificent white aragonite sea urchins (main photo). The Bastennes deposit (Landes) produced twinned crystals of the same facies as the Spanish. The fossil hydrothermal vents at Vertaizon (Puy-de-Dôme) yielded radial aggregates consisting of acicular crystals exceeding 25 cm. At Arrigas in the Gard, the magnificent blue stalactites pluricentimetric consist of aragonite, as well as the white concretions of the Salsigne Mine (Aude).

Aragonite can be replaced by other mineral species such as the native copper Coro Coro Mine, Department of La Paz in Bolivia for example (right photo with a pseudohexagonal copper pseudomorph after cyclic twinned aragonite crystal).

Aragonite can be artificially colored with copper sulphate to give it green or blue colors. On coralloid aragonite these colors exist in nature, but they are not described for crystals...